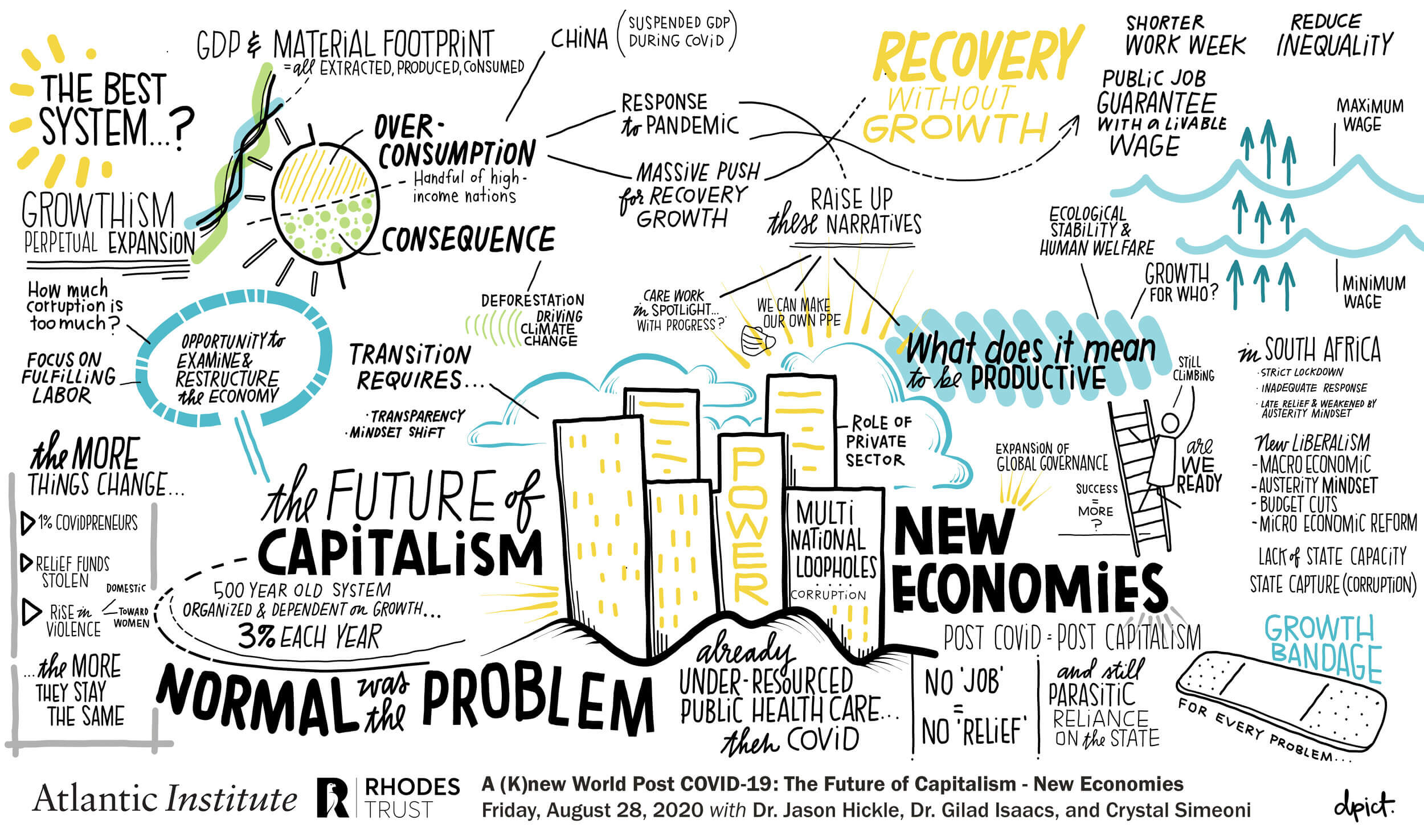 Leading experts in economics and inequality examined responses from governments around the world to the Covid-19 pandemic in the last of the webinar series, A (K)new World Reimagined - The Future of Capitalism: New Economies.

Politicians in the West ‘clearly failed to respond effectively to the virus, because they thought that doing so might slow down the economy,’ argued Dr Jason Hickel, economic anthropologist and author, and Visiting Senior Fellow at the International inequalities Institute at the London School of Economics. In his presentation to Atlantic Fellows and Roddenberry Fellows, he said that this was a particular problem in the US and UK where governments were initially willing to ‘sacrifice people's health in the name of maintaining growth’. A second problem was that some health systems have been either partially or fully privatized in the name of growth and ‘have had an extraordinarily difficult time coping with this crisis’.

Dr Hickel suggested that governments should abandon GDP growth as the primary measure of economic progress. He posited that governments focus instead on models that organize the economy around human wellbeing and ecological stability, rather than around growth and capital accumulation. ‘You don't need more jobs, you need a better distribution of necessary labor,’ he said.

High income nations did not need more GDP, he added: ‘The problem is not a deficit of GDP. The problem is the income is all captured at the top, so the richest 5% right now capture nearly half of global GDP.’

Dr Gilad Isaacs, Co-director of the Institute for Economic Justice and an economist at Wits University, explored how the South African government had dealt with the virus and the economic fallout. South Africa had one of the strictest lockdowns globally, starting at the end of March; however, Dr Isaacs said the country’s health system was not prepared adequately as occurred elsewhere. He also suggested that the government had failed to provide the necessary economic support, highlighting that there had been a month of severe lockdown before any meaningful rescue measures were announced. A package offering business support and increased social transfers had been ‘systematically undermined by the austerity mindset within government’.

He said that the South African government had provided a ‘really weak monetary policy response’, both with regards to interest rates and quantitative easing. This represented ‘the entrenched power of the national Treasury and Reserve Bank as the guardians of neoliberalism in South Africa,’ he concluded.

The third speaker. Crystal Simeoni, Atlantic Fellow for Social and Economic Equity; and Director of Afrifem Macoeconomics Collective, turned the focus on Kenya, where she said tax relief measures to cope with the pandemic did not help most of the population. Using the example of the Kenyan government reducing Pay- As-You-Earn income tax from 30% to 25%, she commented: ‘You really question this in a country where almost 70% of us are in the informal sector without a formal payslip. Who exactly is that supposed to be targeting and what does it mean for people who have no jobs and livelihoods now and just simply can't afford basic food?’

The curfew imposed had led, some argued, to an increase in gender-based violence. A recurring theme in her presentation, however, was that such underlying systemic issues existed well before the Covid-19 health crisis even hit. ‘The more things change, the more they stay the same. That just isn't any gender lens on any of the decisions that are being made,’ she said.

On a more positive note, she said that due to the pandemic, people had started to re-evaluate which professions mattered to society. ‘Suddenly, workers and people who really are the backbone of our economy in our society, our communities: frontline workers, the nurses, supermarket workers and attendants. It's those people that are really at the heart and the core of our communities, our societies and definitely our economies. Hopefully, we can continue to push this narrative and make sure that they're seen for what they do and remunerated.’

Ms Simeoni concluded by remarking that the virus had demonstrated that the world does not have to be continuously productive. Questions were now raised about who we were producing for and how to move forward in a fairer, more sustainable way. 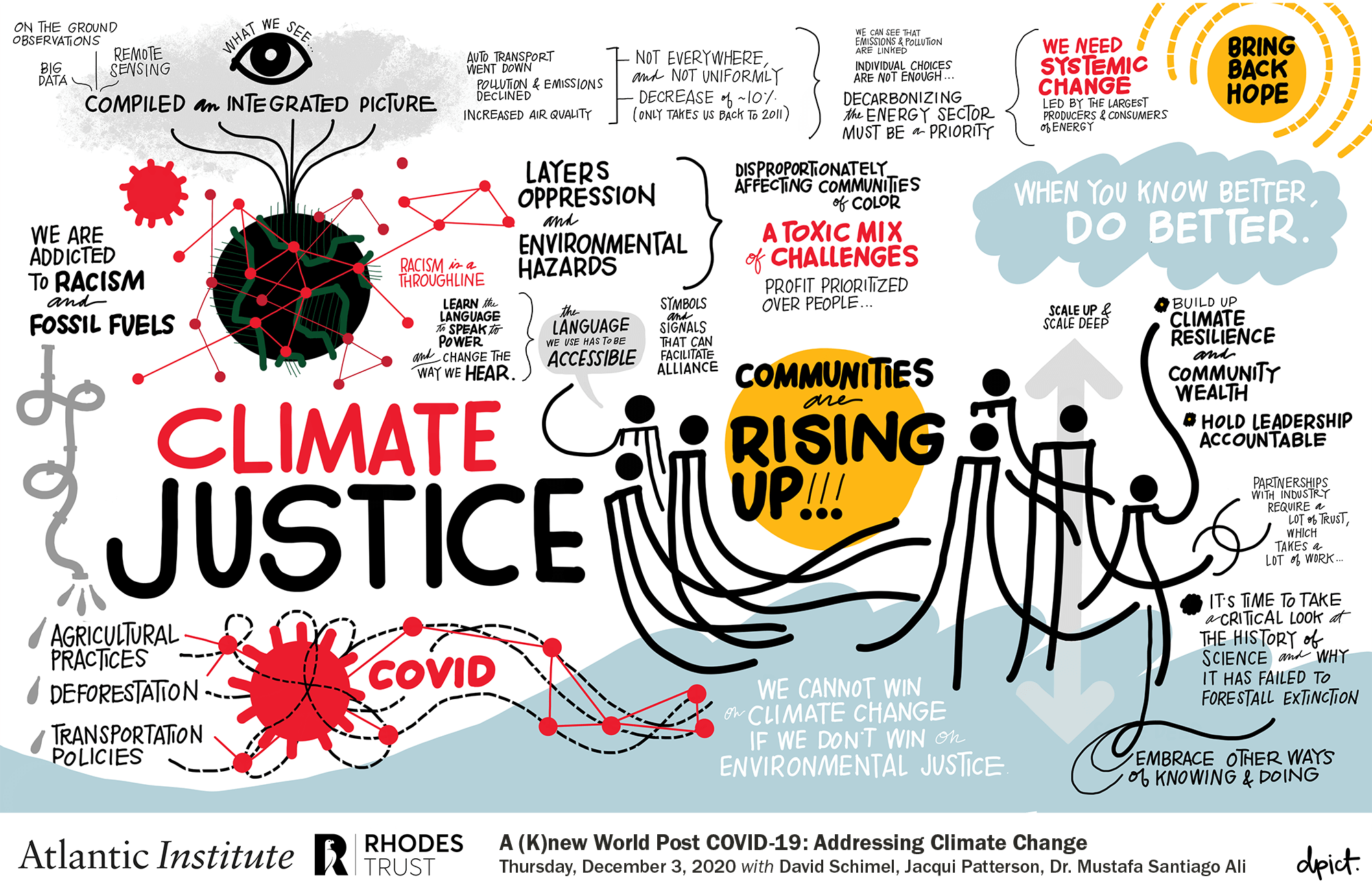 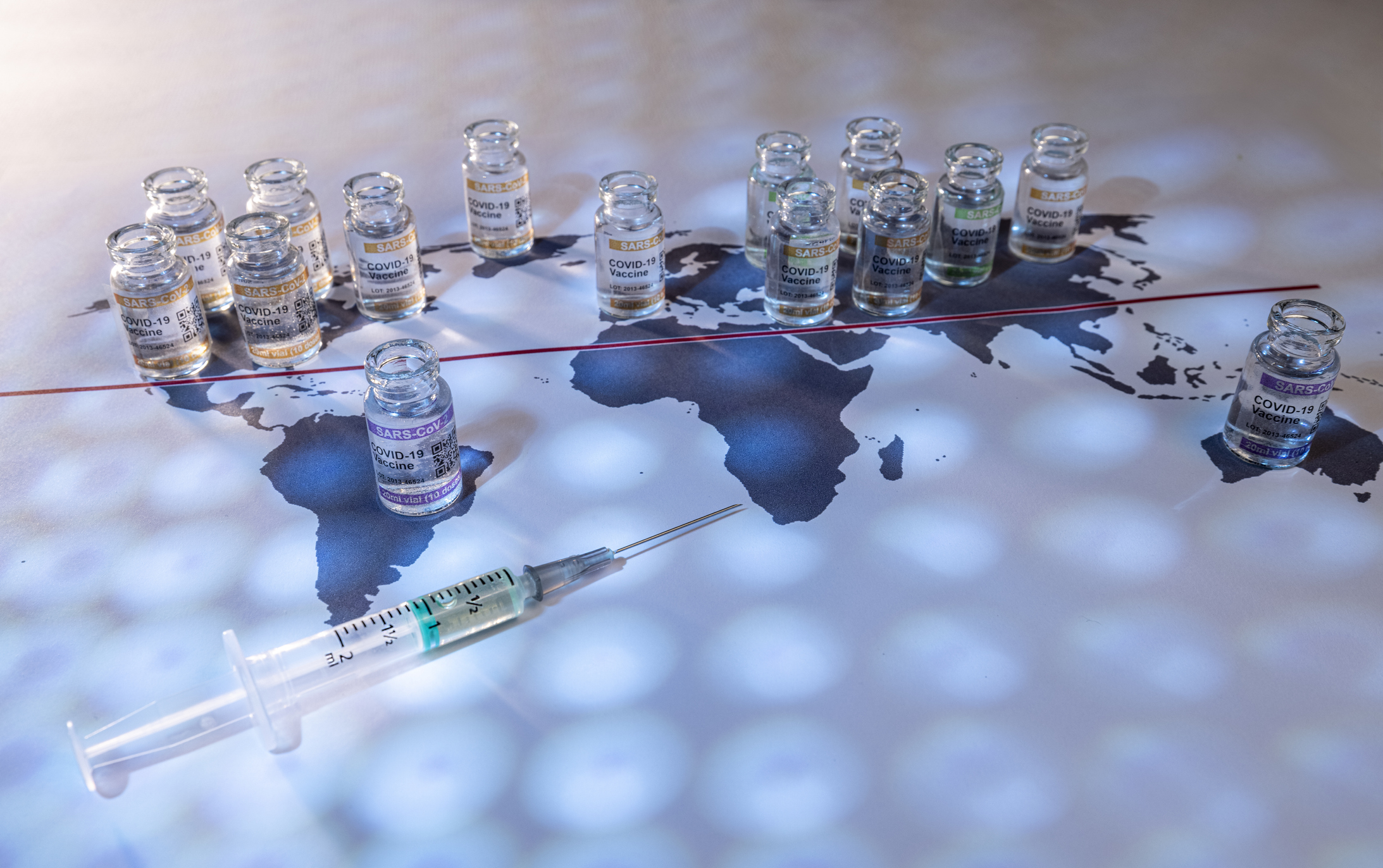